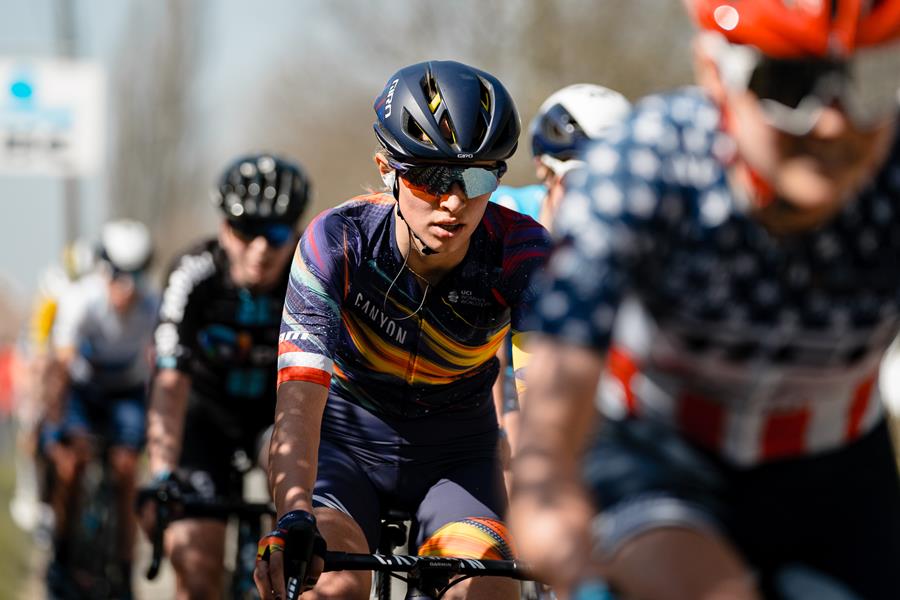 Kasia Niewiadoma has extended her contract with CANYON//SRAM Racing to remain with the team until the end of 2024. After top ten performances at Strade Bianche and Trofeo Alfredo Binda, and stepping on to the podium at Dwars Door Vlaanderen, Niewiadoma has added three years to her current contract with the Women’s World Team.

“Everyone understands me on the team and I feel comfortable here. I am 100% myself and that’s very important to me,” said Niewiadoma.

“I have spoken to other teams but as soon as I did that, I realised that CANYON//SRAM is the team for me. I need a team that accepts me for who I am and is accepting of others. We’re such a different group of riders and staff and amongst all of these differences I can find a place for myself. I am supported nonstop by everyone on the team towards my race and season goals and I know that together we can aim high.”

Niewiadoma joined CANYON//SRAM Racing in 2018 and has added one-day victories at Trofeo Alfredo Binda and Amstel Gold Race, a stage win at OVO Energy Women’s Tour, and second on the general classification at Giro Rosa to her growing palmares. The Polish rider is currently ranked ninth in the world.

“Kasia is important to the team as she is a unique, still rising, athlete with racing qualities not many are gifted with. Her punchy, unpredictable way of racing is important to our further progress as a team. Kasia works hard to achieve her goals and we are happy to continue on that path together with her.”

Niewiadoma inked the contract extension ahead of one of her season targets, the Ardennes Classics raced between 18 and 25 April.

“It’s good I could sign this contract before the second part of the season. I still have a lot of goals at the Ardennes and of course Tokyo Olympics is a big target for me. This gives me a lot of stability and calmness and that makes me a stronger rider. It’s now clear to everyone, this team is what I want for my future,” said Niewiadoma.