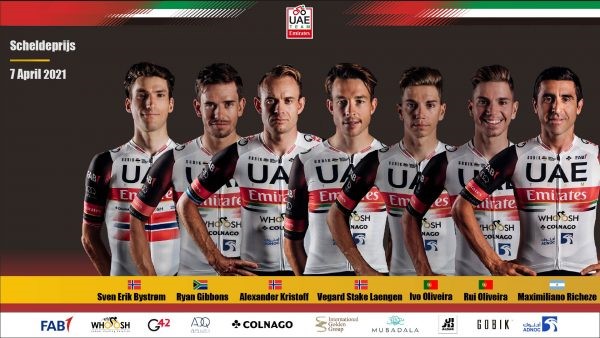 UAE Team Emirates head into their final cobbled classic of the spring this Wednesday, 7th April, hunting for a result as they prepare to line up for Scheldeprijs.

The Belgian semi-classic  race usually slots in between the Tour of Flanders and Paris Roubaix, however this year it will bookmark the classics campaign with Paris-Roubaix being postponed until October 3.

The team heads into the race with Alexander Kristoff, a former winner at Scheldeprijs in 2015, as leader.

Fabio Baldato (Ita) will be the Sports Director as he takes charge of the following 7 riders: