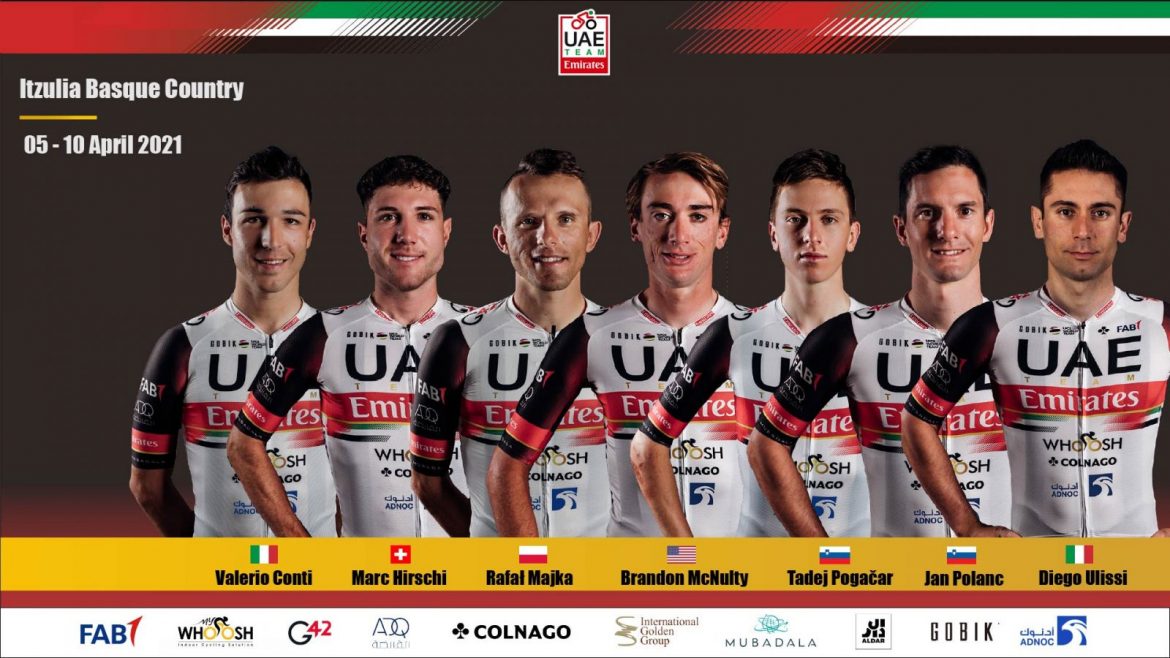 After an impressive start to the season where he has claimed victories in both the UAE Tour and Tirreno-Adriatico, Tadej Pogačar will now turn his attention to his next objective: the Tour of the Basque Country (5-10 April).

The Slovenian heads to ‘La Itzulia’ for the second time, having won the young riders classification and placing 6th overall in the 2019 edition. It’s a race he is keen on and will be hoping to be in the mix to wear his first ‘Txapela’.

Pogačar: “I’m feeling pretty good. I got to have a bit of a break after Tirreno, then I did some wind tunnel testing and a few media and sponsor engagements. I’m excited for Basque Country. I did this race a couple of years ago and the fans there are really passionate about cycling, I love it there. There will be a lot of hard racing for sure and the level will be high as always,but I hope to be up there fighting to win the ‘Txapela’.”

Meanwhile at GP Miguel Indurain (3 April) , Diego Ulissi will make his long-waited return to competition after spending many months on the sidelines while undergoing cardiac checks.
The Italian has been back in full training and has now been given the all clear to race again.

Ulissi: “It’s been a tough few months but I’m delighted to say that I am finally coming back to competition.
Training has gone well and my condition is good. Obviously it’s always hard to say exactly where you stand until you race but I’m confident I’ll be in good shape for GP Miguel Indurain.
At the moment, racing again already feels like a victory.”