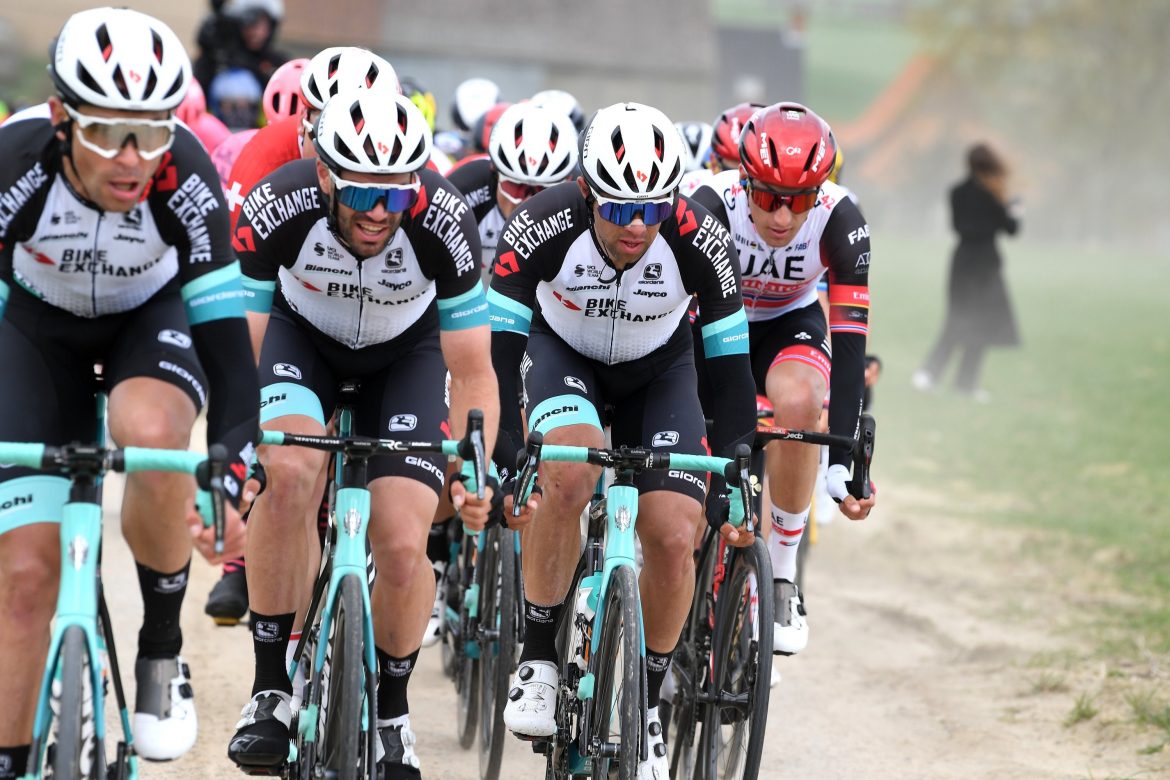 Team BikeExchange head into the Ronde van Vlaanderen on Sunday with Michael Matthews leading the hunt for the team’s only missing Monument.

The squad is armed with options with Luke Durbridge showing his form at Dwars door Vlaanderen on Wednesday and Slovenian Luka Mezgec a threat in reduced bunch sprint scenarios.

A powerful support group will be key, as the experienced Jack Bauer lines-up for his ninth ‘Ronde’ alongside Amund Grøndahl Jansen, Rob Stannard and former U23 Flanders winner Alex Edmondson.

The second Monument of the season will see the peloton tackle a 254km route from Antwerpen to Oudenaarde, taking in 19 bergs and 17 cobbled sectors along the way. The first climb comes at around 100km into the race, but there is barely time rest in the following 150km, as the obstacles come thick and fast before the flatter run to the finish line.

Michael Matthews:
“I am feeling better and better after every race, I have had a couple of easy days now after Ghent-Wevelgem, so hopefully I can build back up again now towards Flanders. I did a nice recon on Thursday with the guys, so I am really looking forward to Sunday.

I think every race that we do together we are going to get better and better. We started on Friday in E3 where we all showed we are in good shape, then Sunday we came out and I think we impressed a lot of people with what we did at Ghent-Wevelgem.

It all comes back to getting through phase one, then phase two and three. So you need a good team around you to get through all those phases and hopefully we can have some good luck go our way on Sunday and everything can come together.”

Mat Hayman – Sport Director:
“We are in a good spot, these races are always really tricky, and we come into Flanders with a very strong seven-man squad. Each of the riders have shown something in one of the Classics so far and it will be about getting behind Michael Matthews and delivering on Sunday.

Jack Bauer was exceptionally strong in Gent-Wevelgem, Durbo showed on Wednesday that he’s going really well, and Michael has been there and thereabouts in every race he’s done this year.

For us it feels like it’s all coming together at the right moment, everyone’s in good shape and moving in the right direction. Amund [Grøndahl Jansen] had been sick but he had a good ride on Wednesday, so I am confident he’s going to be there.

I couldn’t be happier with the fitness and attitude of the guys heading into the race and now it’s just a case of navigating the 250 plus kilometres that is Flanders, which is not always easy, but we’ll give it our best shot.”