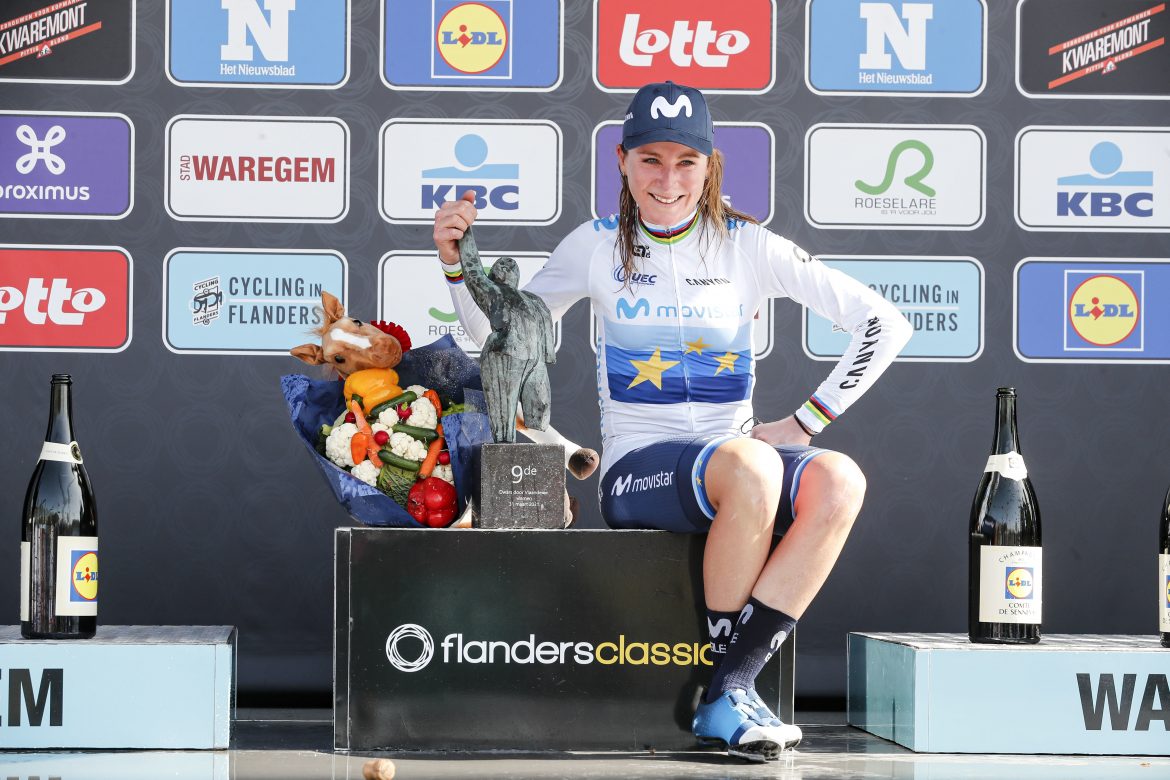 An unforgettable day in the history of the Movistar Team. The Telefónica-backed squad’s first ever win in a cobbled classic in Belgium came from one of the team’s biggest hopes for their new era, where women’s cycling has full protagonism. It was their big leader, Annemiek van Vleuten, who stepped onto the highest step of the podium for the Blues at Dwars door Vlaanderen, held on Wednesday over 122km around Waregem, with its last third dominated by the European champion’s impressive performance.

Van Vleuten tore the peloton into pieces with 36km to go as she attacked at the Côte de Trieu / Knokteberg, a move only matched by Polish rider Kasia Niewiadoma (CSR). Together, they started a breathtaking escape, which was never allowed more than 30″ over the peloton as Trek-Segafredo and BikeExchange, amongst other teams, tried to bring back. At that point, Leah Thomas’ work shone as she went after nearly every single move trying to catch Van Vleuten.

REACTION / Annemiek van Vleuten:
“I’m so happy with this first victory and being able to pay the team back after the great job they’ve been doing since the start of the season. Races like this one and everything we’ve done this month make me feel really confident about the strength we can display together. At Omloop, I still felt like I had to get into how the team worked, then at Strade everything went really well and today we went a step even further. The whole team has followed the plan 100% and did their fullest. Gloria and Alicia covered us well in the beginning, then Barbara and Aude put me into the right position at all important moments, and having Leah at the front allowed us playing two cards.