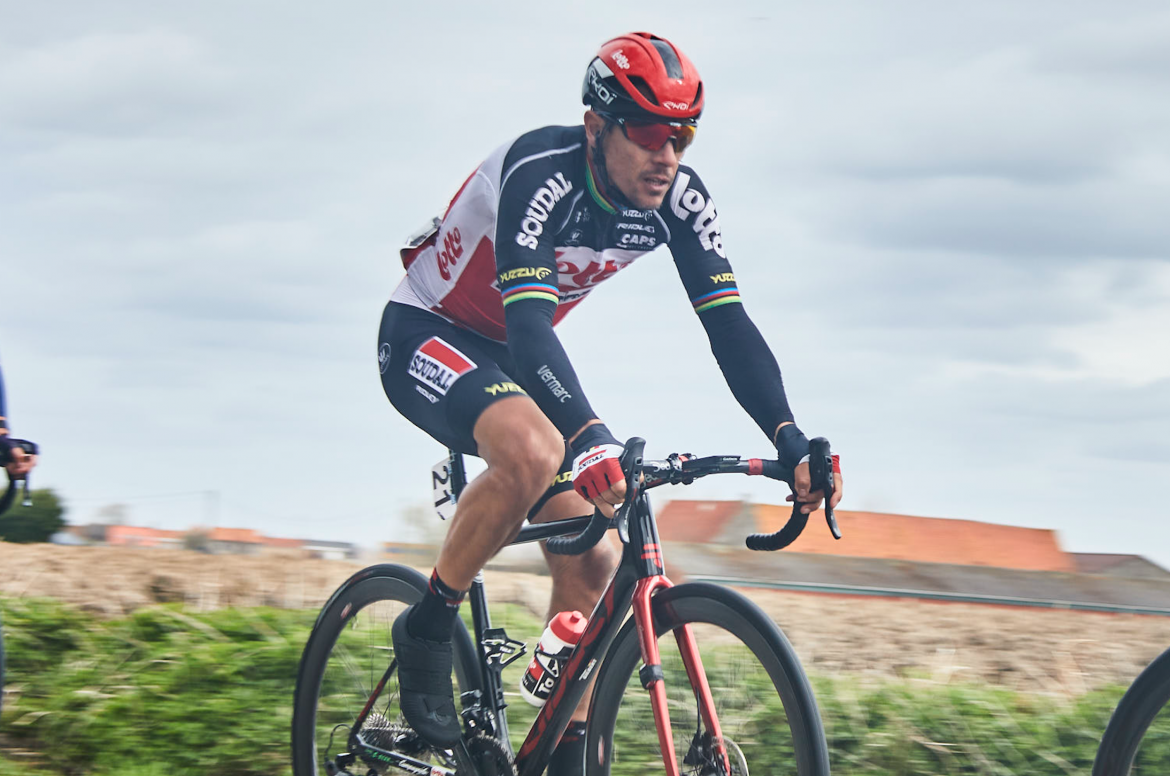 Following a disappointing Milan-Sanremo and abandons at the E3 Saxo Bank Classic and Gent-Wevelgem, the 2017 Tour of Flanders winner will take a period of necessary rest, both physically and mentally. Gilbert hopes to be back for the Ardennes Classics, but this is not yet certain.

“We decided with the team that I would take a period of rest now because it is not going well at all”, explains Philippe Gilbert. “It’s been a few weeks now that things haven’t been going well. We took the time to analyse everything there was to discuss and we came to the conclusion that it is a lack of mental and physical freshness. I think it is due to all the work I did after my crash at the Tour de France last year. I am still human. I put in a lot of work, without any decent rest really, because during the weeks off the bike, I was working hard with the physiotherapist or other specialists. At the time, I’ve had a bad diagnosis of the knee. We didn’t really realise how serious that second crash was. In the end, it was much more serious than we initially thought. Maybe I should have stopped my 2020 season at that point.”

“You have to know that the Friday before Milan-Sanremo was the first time I could pedal without any knee pain. So, this has been eleven days now. Maybe this is also an explanation that the body is doing a kind of decompression after having to face with so much pain. During this process, I think it took me a lot more energy to let the body heal than we could have imagined. I think I’m now paying the price for this. Another important element is that I have been riding in the cold a lot this year. Of course, this doesn’t help with an injury like that.”

“After the analysis, I now realise that at the team training camp in January, I was still at least 20 or 30% behind the average level of the group, I think. So, I went through a period of doubt, especially because I was putting pressure on myself to be ready for Milan-Sanremo. So I worked even harder to try to come back. I made big physical progress since the training camp, but it maybe went a little too fast. And now, I am paying for it. At Omloop Het Nieuwsblad, I managed to take a good result, but this had more to do with experience than with the shape. In the end, I haven’t been at my best yet this season. It is now time to take a step back and this will allow me to get over the hurdle. I’ve reached a point where my shape is no longer evolving. I am stagnating and I can’t reach the next level. Every year, I normally move up a level and I become stronger after Paris-Nice or Tirreno-Adriatico. Now, I’m staying at the same level. So, the body doesn’t accept the workload or the system of overcompensation anymore. When you find yourself in this stage, the only way to let your body work naturally, is to give it some rest. At Paris-Nice, I didn’t have a single day where I had the legs to be up there in the final. I was only able to follow. This was also the case in the Belgian races. Around 150 kilometres, the legs started to hurt. Normally, that’s when I start to be able to make the difference.”

Philippe Gilbert will decide later on – together with the team – if it’s possible to return to competition at the Ardennes Classics.

“My idea is to have 4-5 days off the bike and then slowly resume training. The Ardennes Classics remain an option, but it’s still too early to talk about this. First, I want to feel 100%, both physically and mentally, in order to play a role in the finales. After all, that’s why I practice sport”, concludes Philippe Gilbert.