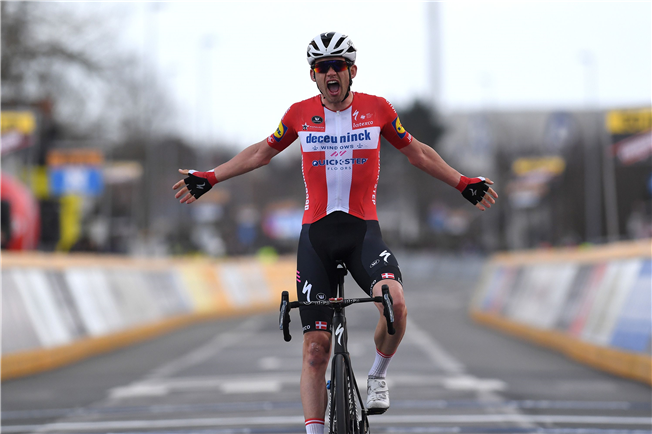 E3 Harelbeke it’s not just one of the hardest classics of the year, but also one of the best, with the attrition of climbs and cobbles lending to a different type of racing, that the Wolfpack loves so much. This was again on show Friday, at the 63rd edition of the Belgian World Tour race, when Deceuninck – Quick-Step’s cobble-bashers were on the top of their game, flattening the Taaianberg and putting Kasper Asgreen on track for his biggest victory to date.

This brought not just a spectacular win, but also some equally spectacular behind the scenes footage, which we invite you to watch now.