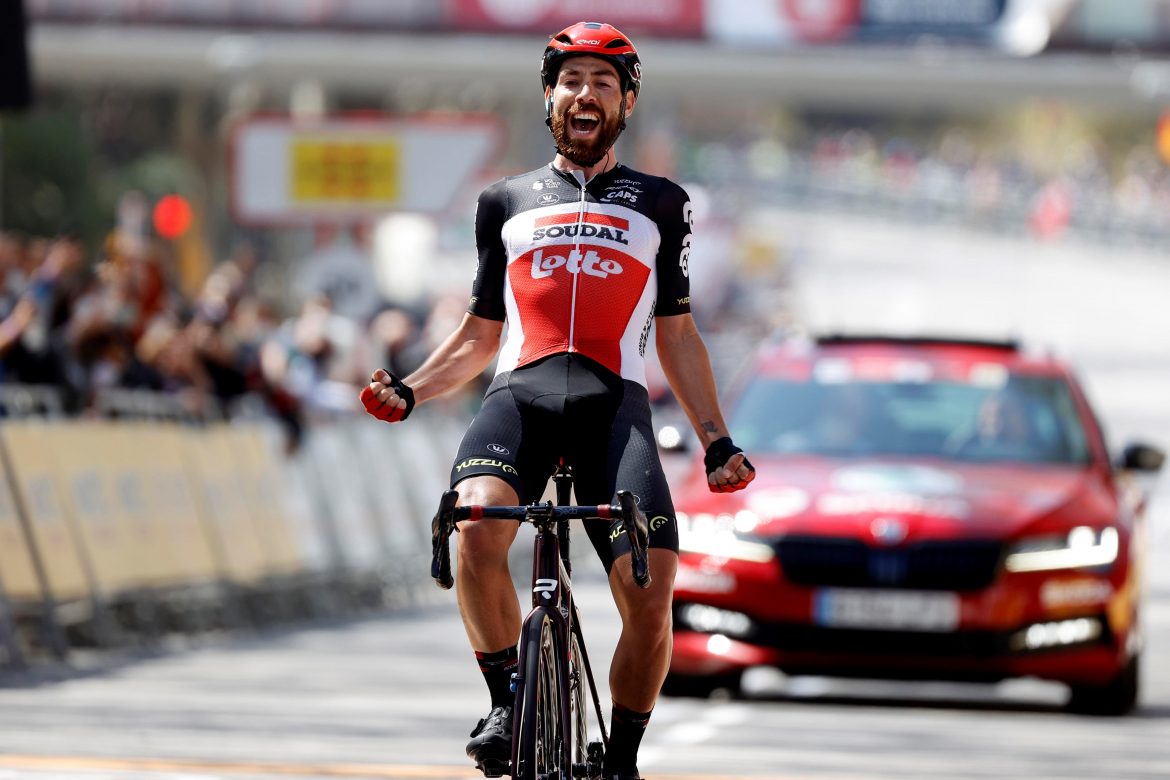 Thomas De Gendt has struck once more. The Lotto Soudal rider rode to a memorable victory in the final stage of the Volta a Catalunya. During the final lap of the local circuit – around the famous Montjuïc hill in Barcelona – De Gendt left behind his breakaway companion Mohorič and soloed to victory. For the 34-year-old Belgian, it was the fifth stage victory of his career at the Volta a Catalunya.

“I really like the Volta a Catalunya and with five stage victories under my belt, the race seems to suit me really well” Thomas De Gendt began. “I just like the terrain and the variety of stages. I was really disappointed that the race couldn’t take place last year due to the known circumstances. Fortunately, I’m back this year and I could grab another stage win. It is my ninth participation in this stage race and I am successful on almost every occasion. So you can state that the Volta a Catalunya really is a race made for me.”

Thomas De Gendt also knew the final stage all too well because back in 2013, it was in Barcelona that the Lotto Soudal rider already took his first stage victory at the Volta a Catalunya.

“In 2013, I also won the closing stage and it feels really special to win in an iconic city like Barcelona. I have to admit that I didn’t feel great the first few days into the stage race, but the past days, I could definitely feel some improvement. It turned out that I had a really good day today and that resulted in this nice stage win”, Thomas De Gendt said.

Following several attempts in the beginning of the race, a large front group of over thirty riders finally formed. Not long after Thomas De Gendt and his breakaway companions reached the local circuit in Barcelona at about 50 kilometres from the finish, the Lotto Soudal rider made his move on the first of six climbs towards Montjuïc. Only Mohorič managed to bridge to De Gendt and as the cooperation in the chasing group wasn’t optimal, the advantage of the pair quickly increased. After a few laps on the local course, it soon became clear that De Gendt and Mohorič would battle it out for the stage win.

The decision fell on the final climb towards Montjuïc, where Thomas De Gendt launched an impressive acceleration and left the Slovenian behind. The Lotto Soudal rider powered towards the finish and took a memorable fifth stage victory at the Volta a Catalunya.

“In the descent of Montjuïc, Mohorič always took some advantage, but he kept letting me come back. I knew that I had to leave him behind on the climb because on the descent, he would be the better rider and I would have to settle for second place. When the Slovenian took the lead on the final ascent, I felt that the pace dropped a bit and I decided to attack. Then I hoped he would get dropped and not come back on the descent. Luckily I was able to open up a nice gap and ride solo to victory,”Thomas De Gendt concluded.