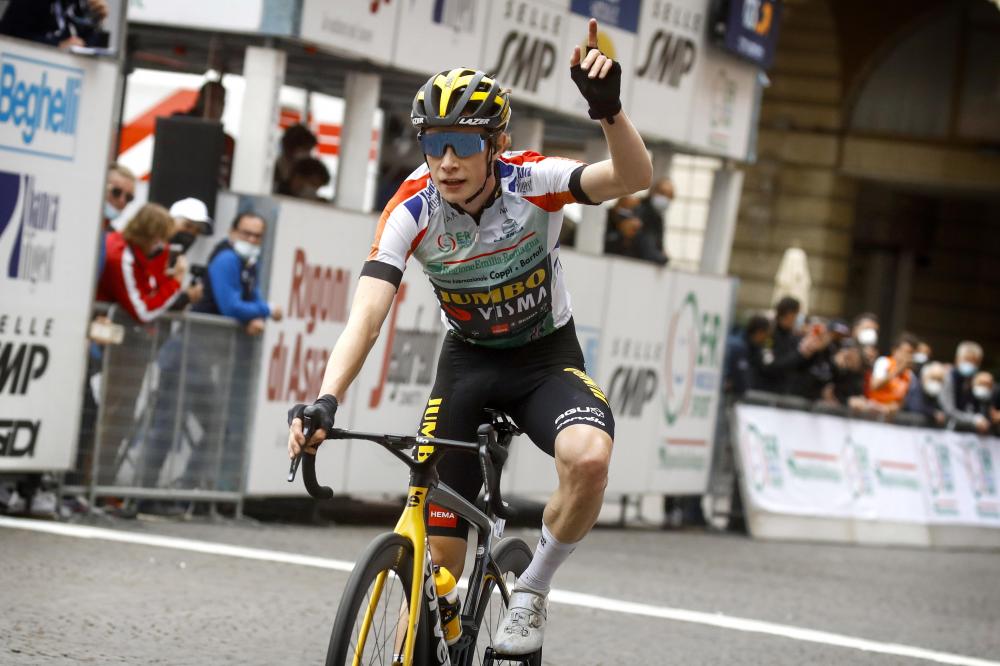 Jonas Vingegaard has managed to secure the final victory of the Italian stage race Settimana Ciclistica Internationale Coppi e Bartali. The rider of Team Jumbo-Visma clinched his fourth victory of the cycling season.

The Danish winner could count on the support of his young teammates, who controlled the stage with gusto. In the final, Vingegaard rode away with compatriot Mikkel Honoré, who went on to take the stage win. Vingegaard’s final win marked the tenth victory of the season for Team Jumbo-Visma.

“My team did a really great job and caught the breakaway. That was really nice to see. Getting away with Honoré was perfect for me. That meant I didn’t have to parry any attacks from the select group and I could ride full speed ahead. I am very happy with this victory. This gives a lot of confidence for the upcoming races”, Vingegaard said.
“Jonas was very attentive at the end and in that way secured the overall victory. It just goes to show that attack is the best defense”, sports director Sierk Jan de Haan complimented the laureate.

Sportive director Merijn Zeeman of Team Jumbo-Visma enjoyed the past week of the youthful team competing for the overall victory, but he also looked at the bigger picture.
“I think it’s a huge boost for the riders on the development team, who have done a great job demonstrating that they have a lot of potential. The work of Sierk Jan de Haan, Robert Wagner and Robbert de Groot and the rest of the coaching staff is paying off and they deserve a big compliment. Jonas did a fantastic job. He confirms the progression he has made. Within our selection we have riders who belong to the world top, but we also put a lot of time and energy into training talents. This race is a very good example of that”, Zeeman concluded.