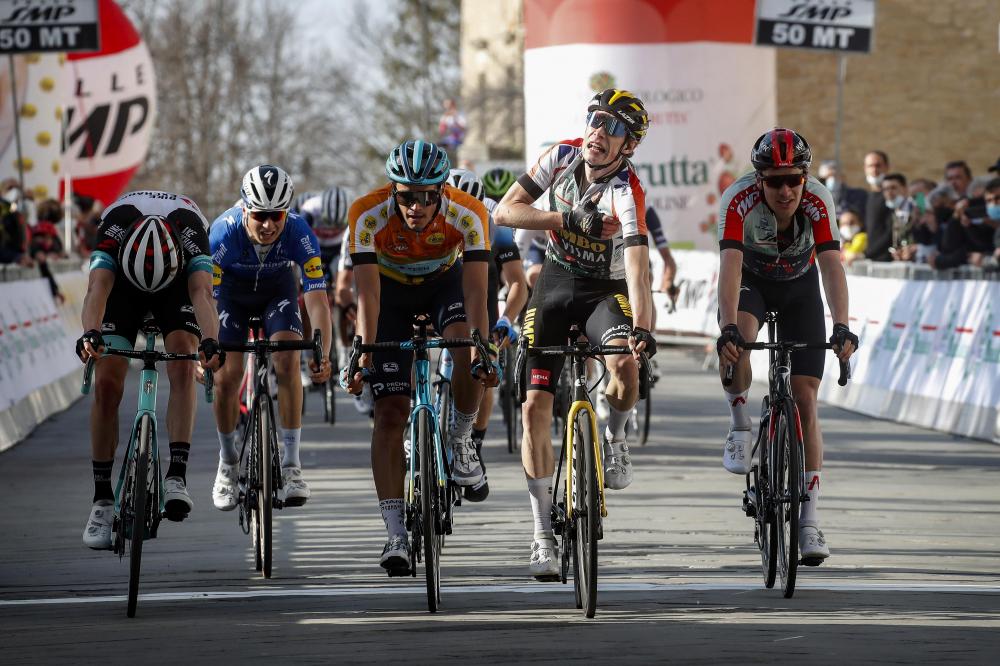 Jonas Vingegaard has won the fourth stage of Coppi e Bartali. The Dane of Team Jumbo-Visma consolidated his first position in the general classification thanks to the boni seconds.

It is the second victory for Vingegaard during the Italian stage race, after having won the second stage earlier this week. It is the third victory of the season for the twenty-four-year-old Dane and the ninth victory for the Dutch World Tour team in 2021.

The winner thanked his teammates, who, according to him, had a big share in his victory. “It is again a nice victory for me and the team. I could not have done it without the rest of the team. I knew I could win this stage. That is why I reacted on every attack in the final kilometres, also to stay in the front. In the sprint I finally had enough left to win the stage. Tomorrow I expect a heavy stage, but I will do everything to win the final classification.”
Sports director Sierk Jan de Haan was pleased with the victory of Vingegaard. “We knew it was a great stage for Jonas. The entire team did a fantastic job and everyone has a share in this victory. Tomorrow we have to give it all once more. We will see where that leads to.”

Tomorrow the final stage is on the program with start and finish in Forlì. Vingegaard defends a lead of seven seconds on the number two in the general classification.