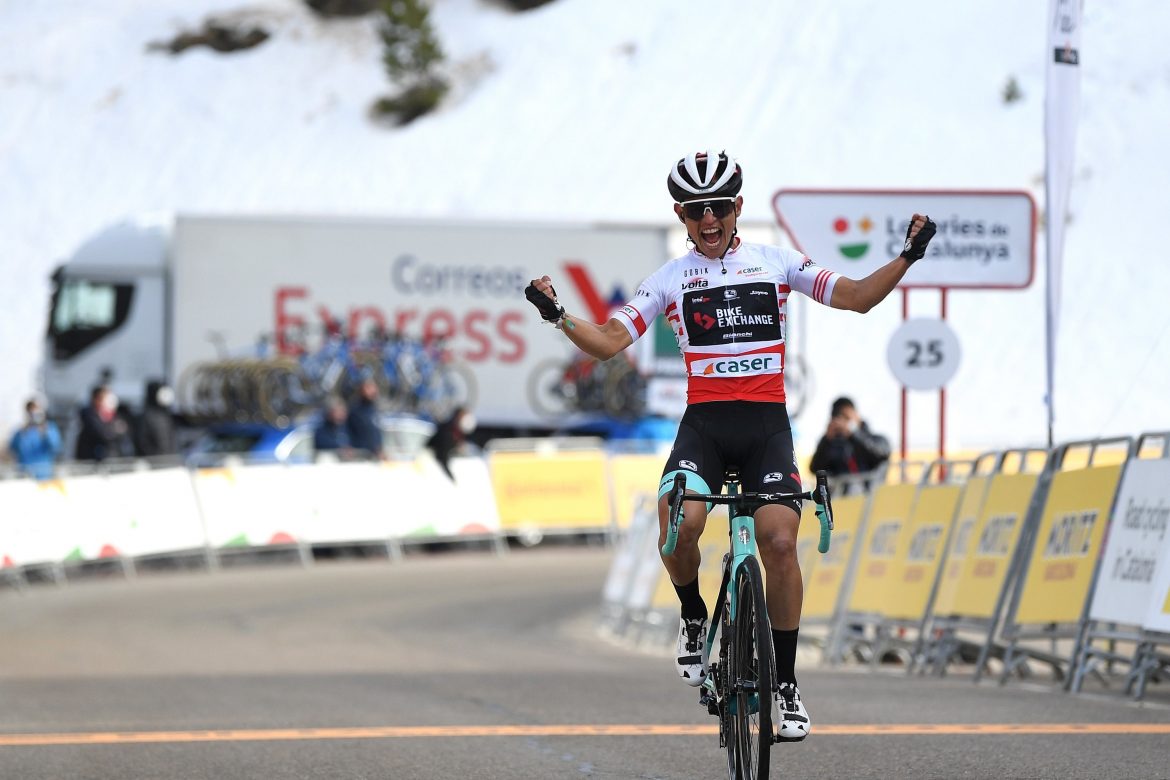 Yesterday’s second place finisher Esteban Chaves shone on today’s Queen stage at Volta a Catalunya, attacking with seven kilometres to go and holding on for a spectacular solo victory in Port Ainè, to deliver Team BikeExchange’s first WorldTour win of the season.

Showing no fear, after already climbing at a rapid pace for more than 11km on the final steep ascent to the summit finish in Port Ainè, Chaves accelerated out of a reduced general classification group, led by Ineos Grenadiers, and instantly opened up a gap of 20 seconds.

The 30-year-old Colombian settled into a strong rhythm and his advantage crept up to 30 seconds as he fought his way towards the line.

It was touch and go if the Team BikeExchange rider would hold on after a surge from the chasing group in the final kilometre, but showing his determined spirit, Chaves continued fighting and crossed the line to take a very special victory with a seven second buffer over his nearest rival.

Esteban Chaves
“It was a really long way, but I had nothing to lose and everything to win. I was ninth on the GC so there was nothing to lose there, and I just had to try.

“It was hard because there was a lot of headwind and it was this type climb where you can save a lot of energy on the wheel, but it was a good move, I could stay in front and the legs were really well.

“The team worked really well to keep me in a really good position, myself, Simon (Yates) and Lucas (Hamilton) and so I tried, I thought why not.

“It is incredible, it’s like I said yesterday after these hard few months, few years, few months it’s like everything, it’s pay back, and it is a dream to start the season like this.

“I showed myself I can do it and I just need to keep working, keep believing and keep dreaming.”