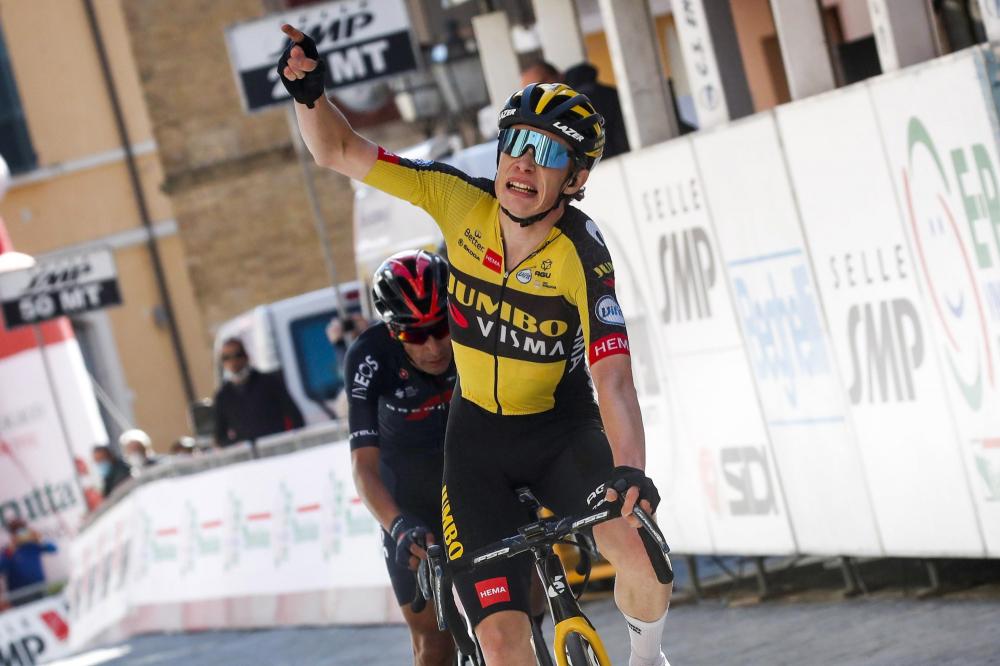 Jonas Vingegaard has won the second stage of Coppi e Bartali in impressive fashion. The Danish rider of Team Jumbo-Visma sprinted in the final phase past Iván Ramiro Sosa and as a result, he arrived first on the final climb in Sogliano al Rubicone.

“Of course I’m happy with the win today. We did really well. The team is incredibly strong and helped me perfectly today. I had to play it smart. I knew that if I closed the gap myself, I wouldn’t have a chance to win. So I gambled and fortunately Movistar closed the gap.”

Team manager Sierk-Jan de Haan was also pleased with the victory. “Yesterday we had already shown in the time trial that we are strong. Today the only goal was to protect Jonas and bring him to the foot of the climb. He has a fast final shot and he already felt yesterday that he is in good shape. His young teammates tried to support him as long as possible and they succeeded until the last lap. When a leading group got away, Jonas stayed calm and kept an overview. He gambled that the leaders would be caught and when this happened he immediately moved to the front. When Sosa attacked, he went after him and sprinted directly to victory. He played it very cleverly.”