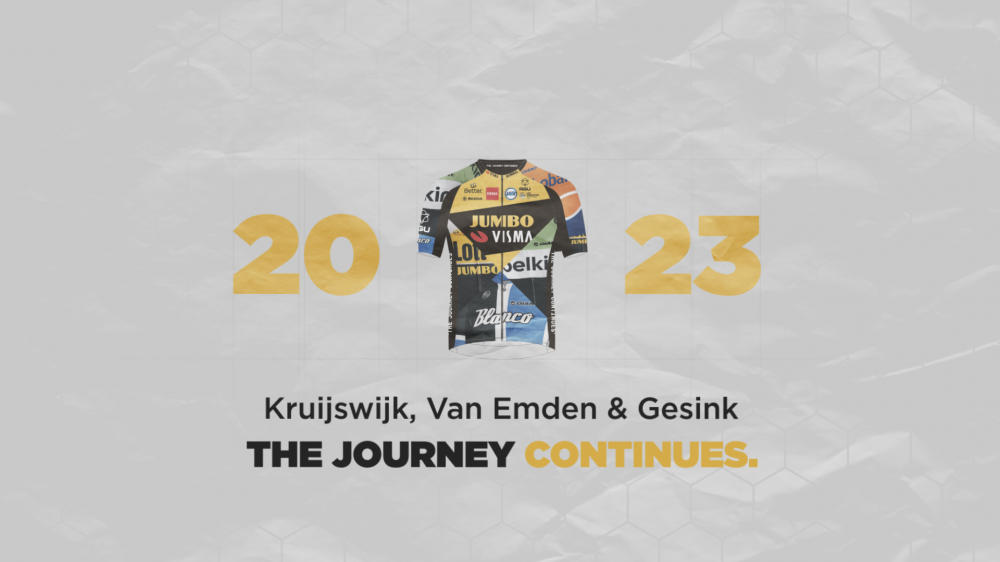 Team Jumbo-Visma has extended the contracts of Steven Kruijswijk, Robert Gesink and Jos van Emden. The experienced trio will remain loyal to team manager Richard Plugge’s formation at least through 2023. The Dutch riders owe their longer commitment to their sporting value, but they are also considered cultural carriers of the team.

“Jos, Steven and Robert have helped to create a new culture in the team”, Plugge says. “From about 2013 they have contributed to that change. They helped shape our way of working and interacting with each other. They are the carriers of the Blanco Koers, in which this working method has been laid down. Robert, Jos and Steven have been involved in this very much. They were riders who saw that things had to and could be done differently. I like that very much. We have been through a lot together in the meantime. That makes it extra nice that they will stay with us for at least two more years.”

Van Emden: “We have a certain way of working that we grew up with. I’m a bit of a watchdog for that. Culture carriers keep an eye on things to make sure they remain normal, that things don’t get out of hand. I think that by staying so normal we have come so far with this team.”

The time trialist is happy with his role on and off the bike. “It’s nice to know that you have input. Guarding the culture is a nice bonus, but I also want to perform and be of added value. I want to make a difference on the bike. If that is no longer possible, it stops. If you can also make a difference, that’s a bonus. Teammates like Primoz Roglic and Wout van Aert ensure that you stay hungry. The arrival of Tony Martin has also ensured that I have become better as a supportive rider. He has not been working specifically with me, but he has made me realise on what level I could still improve. Primoz and Wout are two super men to work for. I don’t want to sell anyone short, but those are the two best leaders I’ve ever ridden for. Both on a physical and personal level. It feels great to be able to support them. As long as I can be of added value on the bike, I want to continue with what I’m doing now.”

Gesink is also pleased with his contract extension. “I am happy to be part of this fantastic team for two more years. That is great news. From a young age, I always had the dream to cycle with the biggest Dutch team. That is Team Jumbo-Visma. I still want to be part of that.”

As far as he is concerned, the end is not yet in sight. “The team and I have been working together for so long that by now we know where the other is coming from. The team has gained momentum in recent years. I would like to continue to be part of that. I am only 34 years old and I have the feeling that I can still be around for a while. I enjoy what I do and my level is still good. It has become very consistent over the years.”

Over the years, the climber has seen many changes. “Cycling has become much more professional. It is nice to still be able to hold your own there. You only really realise how good the facilities are nowadays if you have experienced less luxurious circumstances. The fact that the culture here is very professional is something that people have worked for for years, but also something that has really grown over the years. What appeals to me a lot in this culture is that every day you try to develop that better version of yourself.”

This also applies to Kruijswijk. “I have a long history with this team. I feel very much at home here. Everything the team has been through in recent years I have also experienced. I have not only seen the team grow, but also myself. We have always done that together. For the future, I still see an important role for myself and I hope to achieve the results as I have shown in the past. I am really looking forward to continuing to work with the team in this way at least until the end of 2023.”