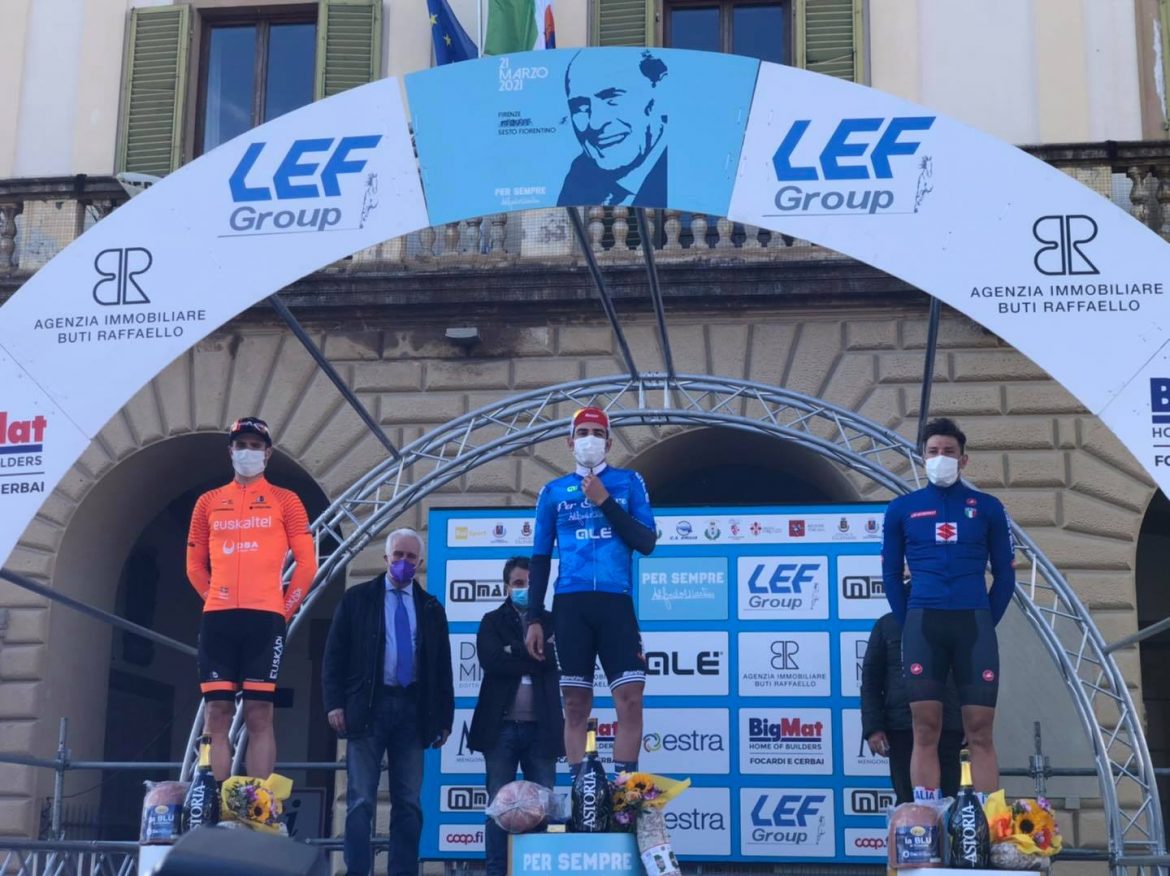 Italian sprinter Matteo Moschetti delivers our third win of the weekend with a glorious sprint in Florence
This weekend won’t soon be forgotten in Trek-Segafredo’s history. It started with Jasper Stuyven taking his first Monument at Milano-Sanremo on Saturday, continued with a beautiful solo win by Elisa Longo Borghini at Trofeo Alfredo Binda, and was completed by Matteo at the first edition of Per Sempre Alfredo.

The race departed from Florence, with 162km on to cover before the finish in Sesto Fiorentino. On paper it looked like a sprinter’s race, but without many big sprint teams at the race the Trek-Segafredo team had to work hard to control it over the mountainous first half, setting it up for fast-man Moschetti. Since his serious injury last year, Moschetti has been finding his feet in the sprints, with a top-five finish in stages at the Tour de Provence and also the UAE Tour so far this year. However, the top spot had eluded him, until now.

“Finally this awaited win came,” said a relieved Moschetti. “Since January I had been feeling better and better, but I had a few question marks after such a hard season as 2020. This is why this win means a lot for me, even if we’re not talking about a super-top race of the calendar. “My main goal for the start of the season was to break the ice, having again that special feeling that only a winning sprint can give you. Winning is the cure-all for a rider, especially for a sprinter.I have had difficult months so far, I never hide how long and mentally difficult it was to recover and come back sprinting again. This win clears the doubts I have of the chance to be again a winning sprinter. It’s like closing one chapter and opening a new one. I’m so happy!

“Our goal of the day was the bunch sprint and we got it, but it was not easy at all. Especially when you have many eyes on you from the contenders. The race was in two parts, the first was hard, full of ups & downs; the second was flat, suited to prepare the sprint. I understood I could aim high today when I passed the early part in the first positions with a good feeling. Then, my teammates did an amazing job, taking control of the race to put me in the perfect positions to sprint. I just had to push and look in front of me. I think in particular of Mosca, who was a perfect lead out for me in the last 2 km, or Conci, that came to help me after his strong effort at MSR yesterday. Feeling this confidence was a big push for me. “Amazing win, amazing team. Let’s now think about the next goal and to raise the bar higher now, we’re just at the beginning of the season.”