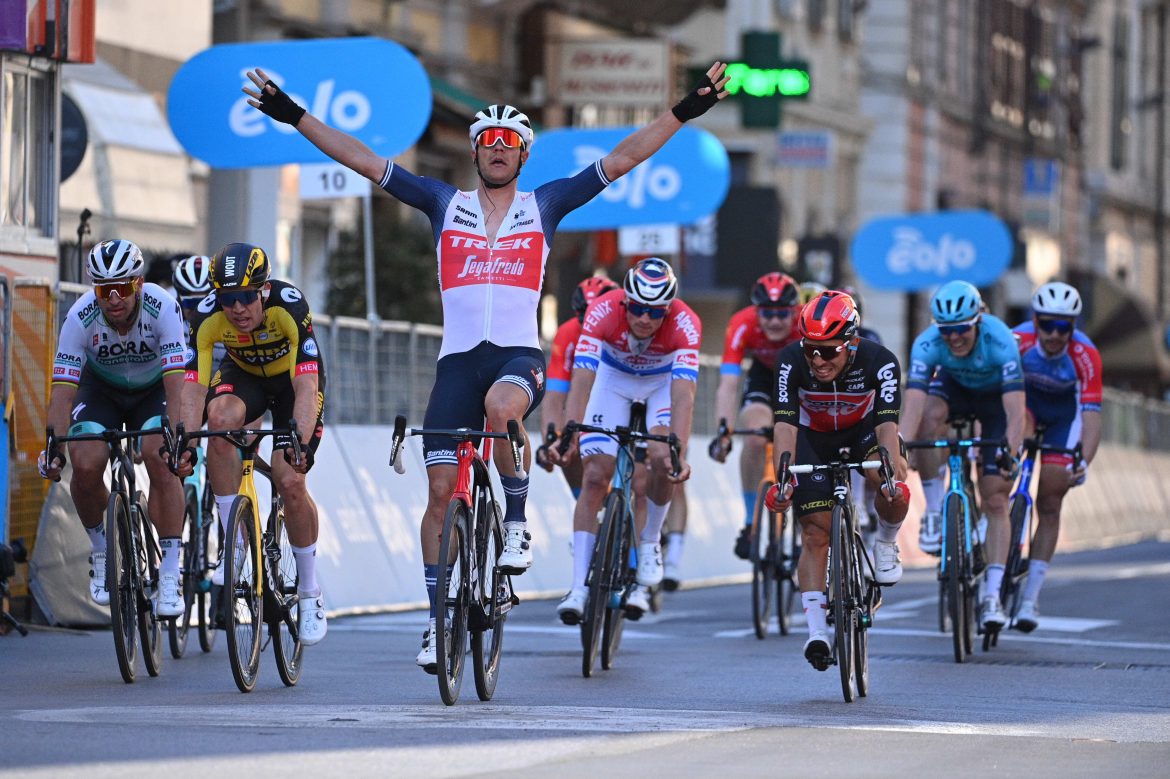 The Belgian rider Jasper Stuyven (Trek – Segafredo) has won the 112th edition of Milano-Sanremo presented by Eolo, the first Classic Monument of the season. At the finish line on Via Roma, Stuyven finished first ahead of Caleb Ewan (Lotto Soudal) and Wout van Aert (Jumbo-Visma).

Speaking seconds after the stage finish, Jasper Stuyven said:“In the last kilometer, I tried to recover a bit before the final bend ahead of the finish. I managed to recover a little, and then I launched the sprint. I still cannot believe I have won Milano-Sanremo. After the Poggio descent, I saw there were still some sprinters so I tried to go all-in and anticipate the sprint. It was not a strategy I decided on this morning but rather my instinct. It’s amazing, I cannot find the words!”