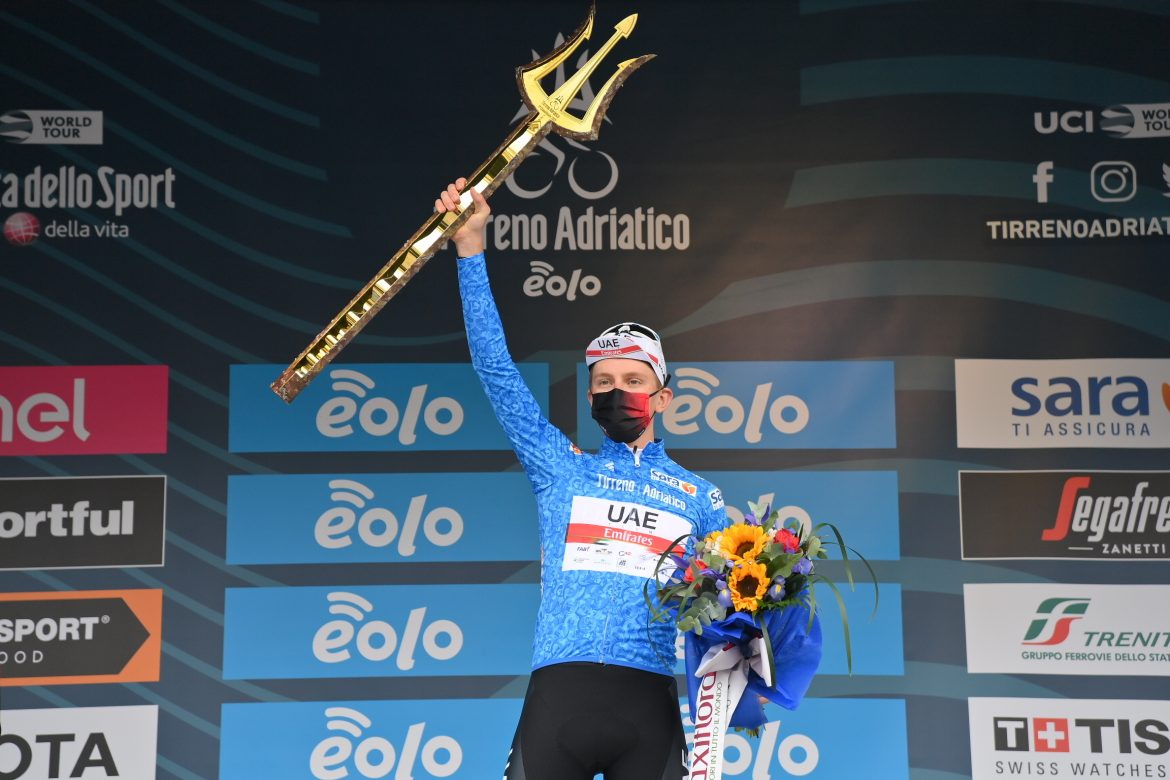 Speaking seconds after the stage finish, the winner of the race Tadej Pogačar, said: “I am super happy with today’s performance and with this success! After the UAE Tour, now I have won the Tirreno-Adriatico, what a fantastic start to the season. Now I think I can enjoy a few days of rest!”

The stage winner Wout van Aert said: “It was a hard one even though it was short. It hurt a lot. I’ve improved my time trialing in the last few years. I’m very happy with this victory, with almost all the best time trialists on the start line. It’s a really good start to the season. It was my first time aiming for GC in a stage race and I only got beaten by the Tour de France winner. I’ll try more of this in the future but for now I have the classics in my mind, starting with Milano-Sanremo.”