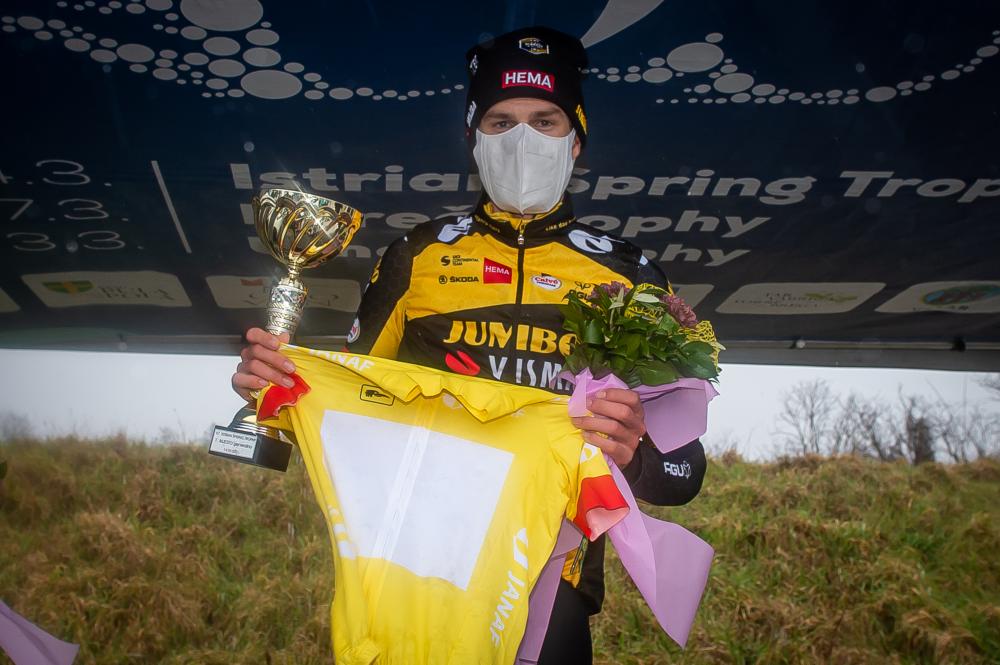 Finn Fisher-Black has managed to win the Istrian Spring Trophy. The New Zealander of the Jumbo-Visma Development Team managed to turn around the gap in the general classification in the last stage and thus clinched his second victory of the season.

Fisher-Black was just one second behind the leader of the race prior to the last stage. Thanks to bonification seconds at the intermediate sprint, the rider of the Jumbo-Visma Development Team managed to gain enough seconds to take over the lead.

“We really did it as a team”, Fisher-Black said. “It was actually a perfect day. The team kept me in the right position throughout the stage. It was getting exciting, because a leading group seemed to make it to the finish. Fortunately, we managed to get them back. It is my first overall victory in a stage race. Especially the way we have done it is very special.”

Sports director Robert Wagner was very pleased with the way his team raced. “We planned to go full for the bonus seconds and that plan worked out. Finn finished it off very nicely there. After that sprint it was a very tough race with a lot of wind and rain. They did a really great job. We started the race well and ended it well. The men were one of the youngest riders here, but they rode like cannons and that is great to see.”