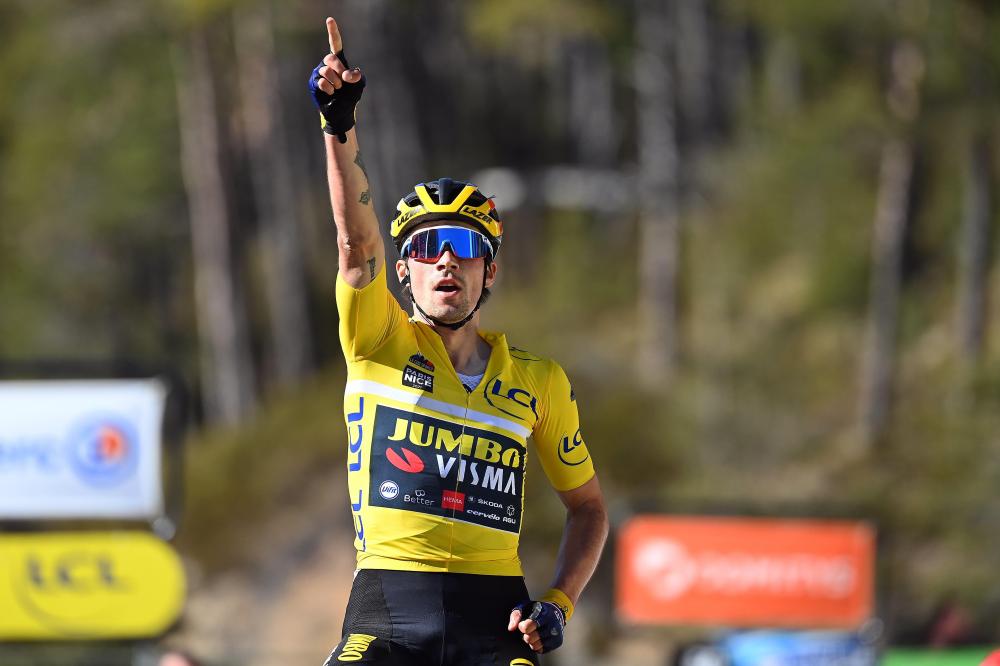 After having won the fourth and sixth stage, Primoz Roglic has also won the seventh stage of Paris-Nice. The Team Jumbo-Visma rider remounted the Swiss Gino Mäder in the last few metres with a strong final sprint and extended his overall lead on the competition in the battle for the overall victory.

The short queen stage, with four climbs along the way, was controlled by Team Jumbo-Visma, among others. George Bennett and Steven Kruijswijk increased the pace on the final climb to La Colmiane, after which Roglic finished it off with his well-known jump.

“I always want to win”, Roglic said. “I saw an opportunity and I took it. It was a short, but tough stage. In the end it was very tight, but luckily I managed to take the win. The team controlled the stage well and luckily I was able to finish it off for them. Paris-Nice is a great race and I would like to add it to my palmares. But we are not there yet. I expect the necessary attacks tomorrow and we have to stay sharp and focused to bring the victory home.”