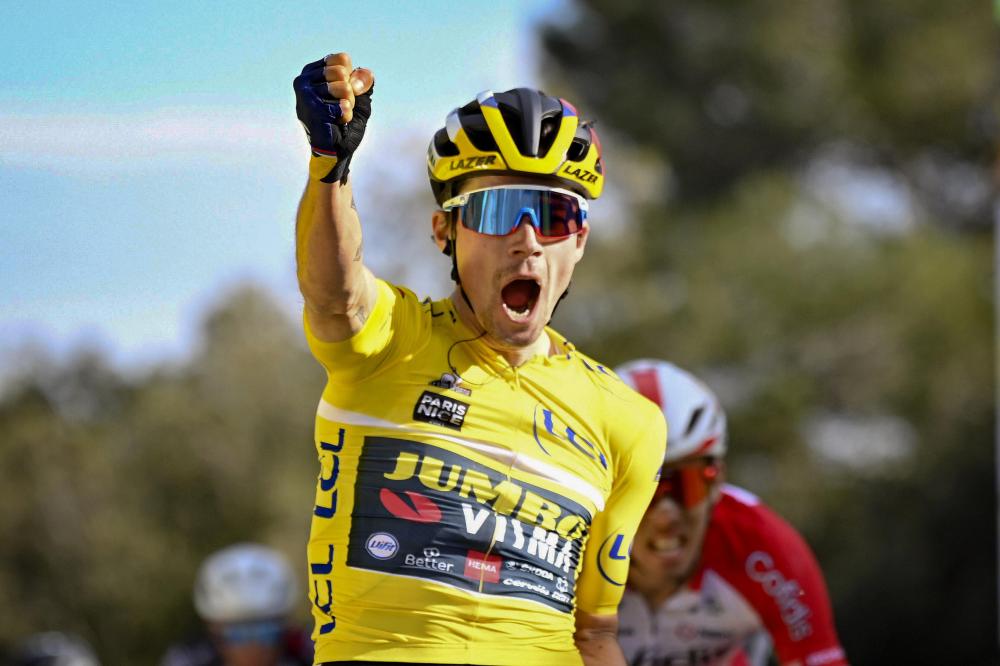 Primoz Roglic has won the sixth stage of Paris-Nice after the fourth stage. The rider of Team Jumbo-Visma managed to stay ahead of the competition with a strong sprint. With this, the Slovenian also took ten bonification seconds, which increased his lead in the general classification.

The long and hilly stage was one with little action. Jonas Rutsch was caught by the peloton in the last kilometre before the finish line. In the short climb before the finish Roglic took his chance to finish and rode to his second stage victory in the French race.

“It is great to win like this and I am really super happy”, said the wearer of the yellow leader’s jersey. “Today was a long and tough stage for everyone. The pace was high from the start. It’s nice that I had the legs to finish it off.”

The organisation announced today that the last two stages have been shortened. The Slovenian mainly looks at himself. “I haven’t been working on it that much yet. As riders, we have no influence on the changes, so we just have to deal with them. Because of the shortened stages, I expect that there will be hard racing from the start. That certainly doesn’t make it any easier. “

Sports director Frans Maassen is happy with the way the team has dealt Tony Martin’s withdrawal. “We thought we would have to do a lot of work, but luckily we got help from other teams. Jos has been put to work hard and has ridden for two today. Partly because of this, Primoz could finally compete in the sprint, which he timed incredibly well.”