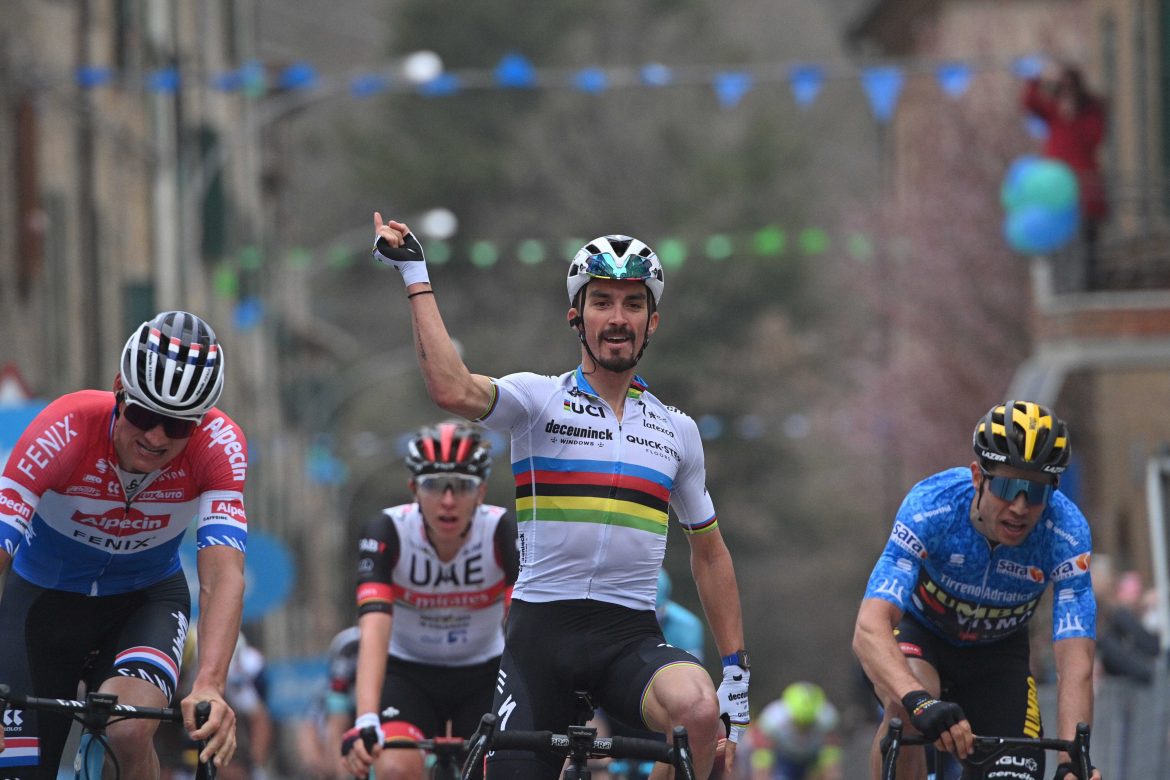 Julian Alaphilippe (Deceuninck – Quick Step) has won the second stage of the 56th edition of the Race of the Two Seas, 202km from Camaiore to Chiusdino, ahead of Mathieu van der Poel (Alpecin-Fenix) and Wout van Aert (Team Jumbo-Visma). Wout van Aert retains the Maglia Azzurra.

Speaking seconds after the stage finish, the stage winner Julian Alaphilippe, said: “I was in a perfect situation with Joao Almeida at the front. I could just focus on keeping my position. I went full gas when my time came. It’s never easy to win and I realize it’s even harder with the rainbow jersey. This first victory of the season is a relief for me.”

The Maglia Azzurra Wout van Aert, said: “It’s not a win but a good result. The third place is the maximum I could get today. When Julian accelerated I was already at my limit. He was the strongest today. My team did a fantastic job to keep me in a good position, especially when some of the GC contenders went up the road.”