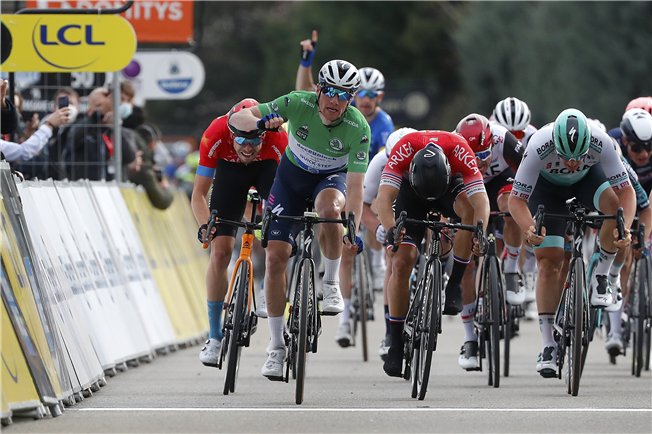 Sam Bennett made it two Deceuninck – Quick-Step victories on Thursday by delivering a hugely impressive sprint in Bollène, where a Paris-Nice stage concluded for the first time in 50 years, just minutes after the team notched the win across the border, at Tirreno-Adriatico. The Irishman relied again on a bulletproof lead-out train, and even though he was temporarily off the wheel of Michael Mørkøv ahead of the final kilometer, he found the power to accelerate and jump again aboard the Deceuninck – Quick-Step train with the flamme rouge in sight.

Tucked back on the wheel of the three-time Danish Champion, who showed again why he is the best lead-out man in the business, Sam waited for the final 200 meters to kick out. From the moment he opened his sprint it became clear he would be unbeatable, his stunning turn of speed propelling him to another clear victory at the “Race to the Sun”, after the one in St.Cyr-l’Ecole, this time ahead of Nacer Bouhanni (Arkea-Samsic) and Pascal Ackermann (Bora-hansgrohe), who completed the podium.