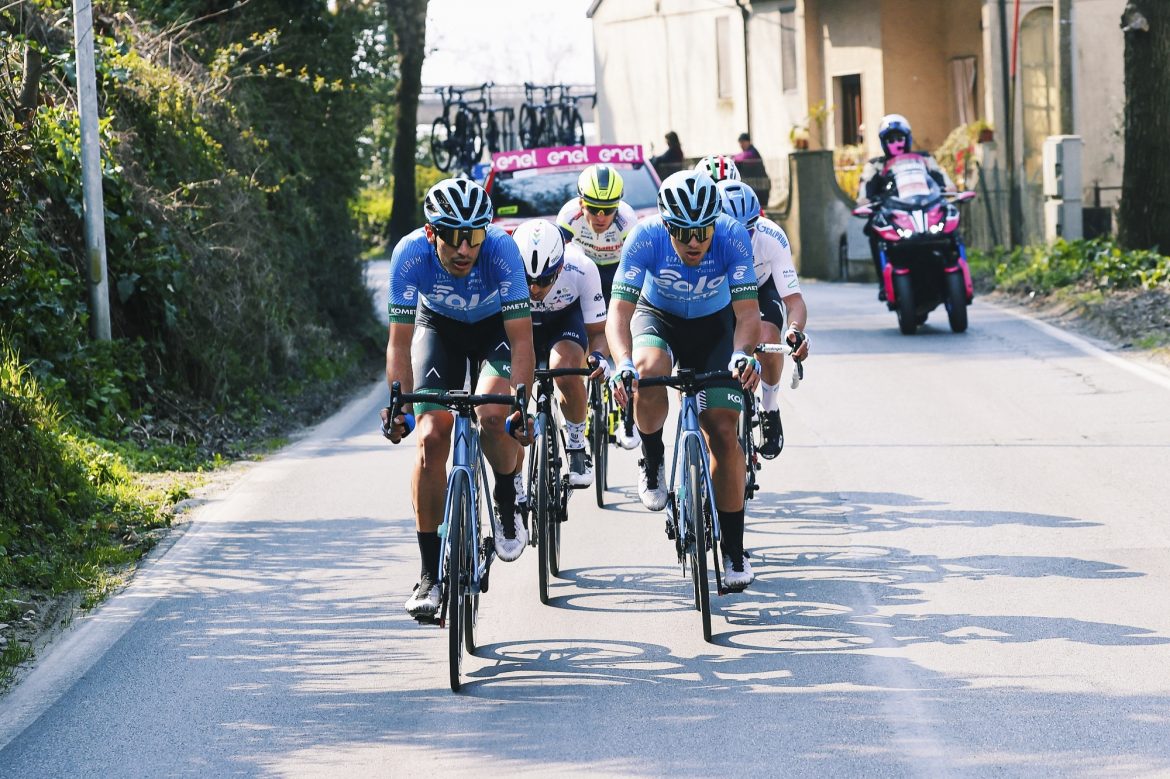 History is written over moments. That of the EOLO-KOMETA Cycling Team is still a very tender story in which many of its best moments are yet to come. But this Wednesday, on the Tyrrhenian coast, Vincenzo Albanese built his own little corner of it. ‘Alba’ became the first rider of the structure to climb a podium as the first leader of the mountain classification of this Tirreno-Adriatico. Green Maglia for him after a great work, immeasurable, of his teammate Samuele Rivi. The two of them got into the early breakaway, initially six riders, which led the race until its last 10 km. The presence of three passes over Monte Pitoro in the first third of the stage, animated this fight. Albanese was second behind Belgian Jan Bakelandts on the first climb. The roles were reversed on the second. For the third climb a great battle between Alba, Bakelandts and Simone Velasco.