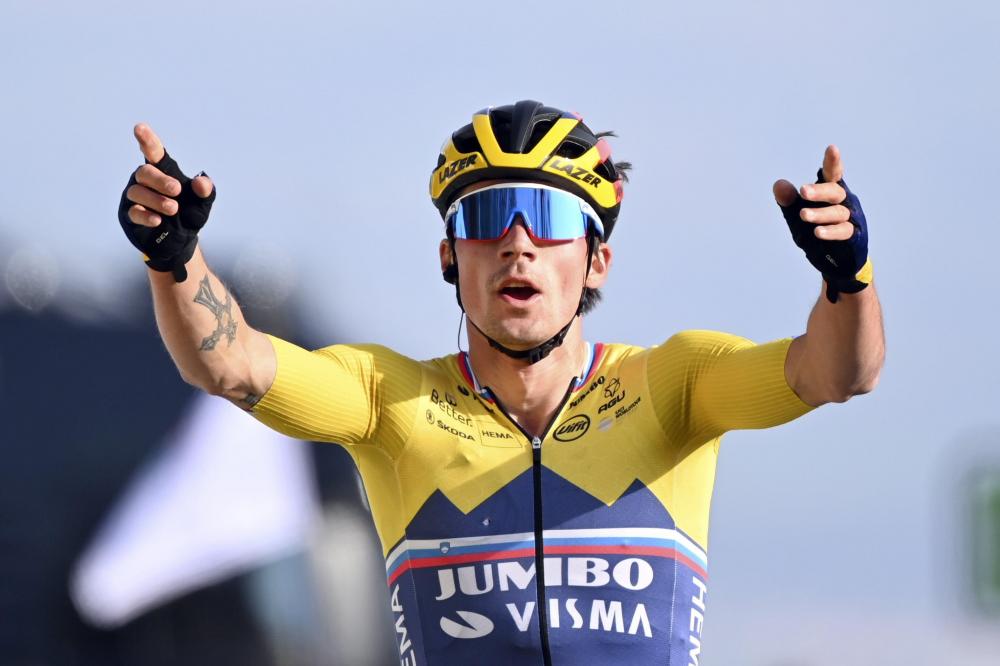 Primoz Roglic has won the fourth stage of Paris-Nice. The Slovenian from Team Jumbo-Visma attacked three kilometres before the finish and finished with a twelve-seconds advantage over the chasing group. Roglic is the new leader in the general classification thanks to his victory.

The fourth stage of Paris-Nice was fairly quiet until the final. A group of six riders escaped early in the race. They were allowed to ride free for a long time, until Team Jumbo-Visma increased the pace in the peloton fifty kilometers before the finish and took control. In the nervous final, the leader of the Dutch team took the lead after a splitting attack and thus raced to his first victory of the season.

“I am very happy with the result”, Roglic said. “Yesterday we already showed that we are in good shape. The course suited me well today with all the short climbs. It was tough, but thanks to the team it worked out in the end. We controlled the race and at the end I still had enough energy in my legs to get away. It feels good that I’m now wearing yellow in Paris-Nice. The goal is to keep the lead until Nice. We’re not there yet, but the team is strong. I am looking forward to the next stages in which we want to maintain this flow.”

Sports director Grischa Niermann saw his team perform well. “Today actually went as planned. We knew other teams would be watching us. We would have liked to have more men in the front in the final, but as a team we had to do a lot of work today. Everyone did well in the end, allowing Primoz to go for the win in the last three kilometres. It was a bit tense in the last kilometer, but he showed again today that he is currently the strongest in this field.”