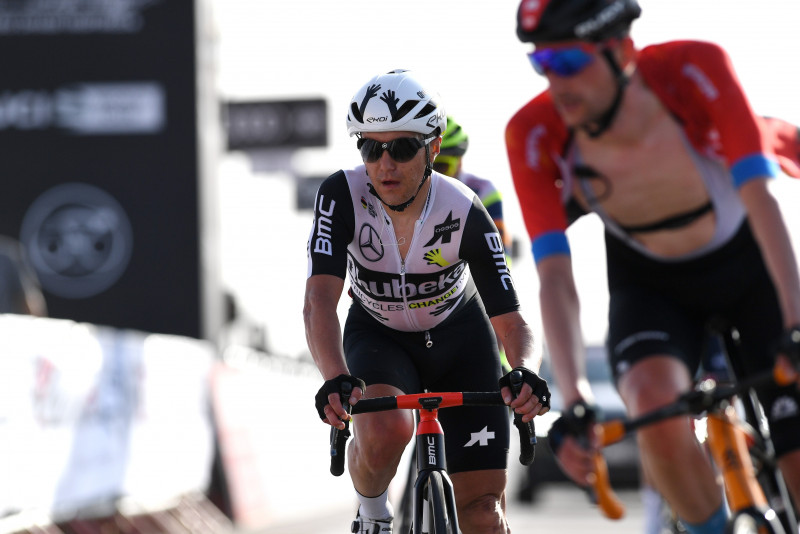 Team Qhubeka ASSOS will be heading to Tirreno-Adriatico led by veteran climber, Domenico Pozzovivo, and backed up by a strong classics style squad.

Domenico Pozzovio will be our main card for the general classification, and so naturally he will look to ride strongly on the big stage 4 mountain summit finish as well as on the final stage, 10km individual time trial.

With three punchy stages, the likes of Michael Gogl, Simon Clarke, Lukasz Wisniowski and Dimitri Claeys will look to continue with their positive and attacking approach to racing, that has yielded some strong results for our team in recent weeks.

Bert-Jan Lindeman and Emil Vinjebo complete our line-up, with Tirreno-Adriatico being a special race for the 26-year-old Dane, as he makes his debut appearance at a UCI World Tour stage race.

Thanks to our loyal supporter. Matt Dunningham for his assistance with announcing (https://bit.ly/30nR79c) our Tirreno-Adriatico squad.

Domenico Pozzovivo
“Tirreno-Adriatico is a race that I really like, with an extraordinary starting field, which will allow me and our team to test ourselves on various kinds of parcours. This race will be very important to try to build upon our condition, on the way to the Giro d’Italia.”