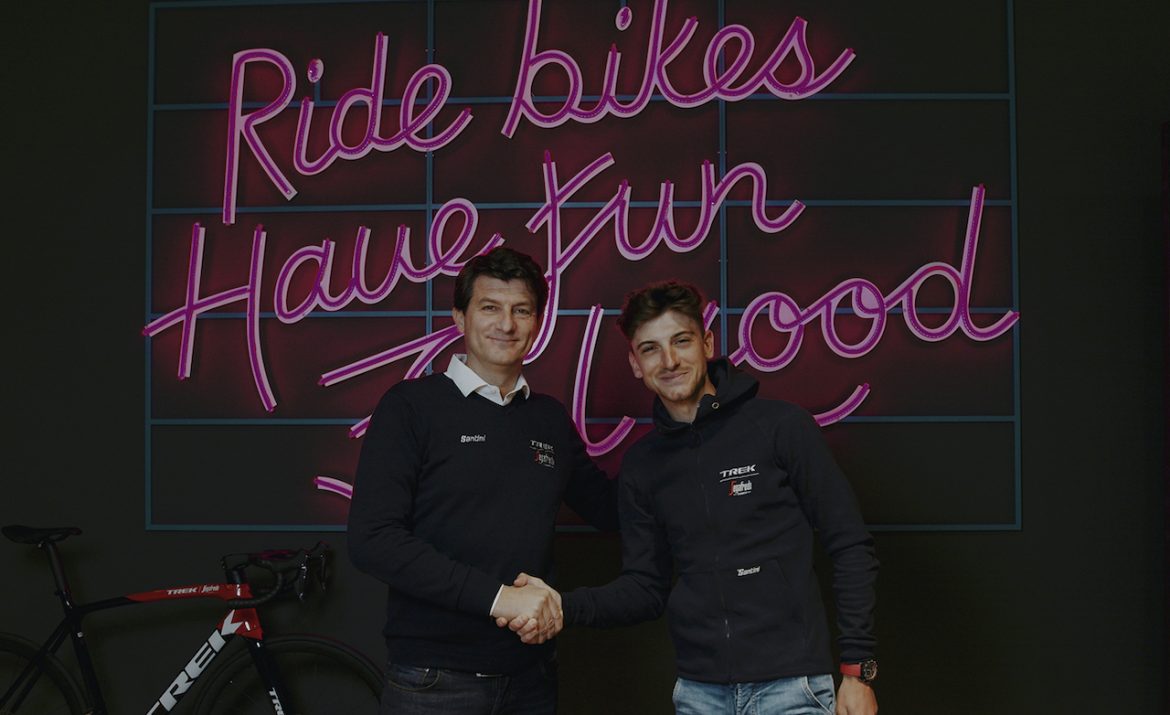 Giulio Ciccone has extended his contract with the Trek Segafredo team for three years. The 26-year-old Italian climber will continue to climb aboard Trek bikes through 2024.

“We are very happy we can rely on Giulio for the future,” said Luca Guercilena, Trek-Segafredo General Manager. “Ciccone has the potential to become a leading rider in the WorldTour. Year after year he has grown, and he has become a more solid rider. We wanted a three-year deal because we believe he can improve even more into a charismatic and winning captain of our team.
“Trusting in a young rider is always an investment with small certainties for a team, but with Cicco the hope of signing a top rider became a reality. Now a new phase of our path together has begun, and we have a new common goal to pursue, one that shines on the most important stages of the cycling world.”
The new deal will see Ciccone into his sixth season with Trek-Segafredo. After joining the team in 2019, it didn’t take long for Giulio to leave his mark. A feverish stage win at the Tour du Haut Var and a stage podium at Paris-Nice snowballed into claiming an emotional stage victory in the Giro d’Italia in Ponte di Legno and winning the maglia azzurra as best climber.
The crescendo arrived in France when Ciccone fought with every fiber to almost win the Tour de France stage atop La Planche des Belles Filles and was rewarded with two beautiful days in the maillot jaune.
In 2020, he thrilled by winning his first race of the season at Trofeo Laigueglia but sadly had to surrender the rest of the season to misfortune plagued by Covid-19.

“I’m proud to have the chance to continue wearing the Trek-Segafredo jersey for a long time,” said Ciccone. “This new agreement is a very important demonstration of trust from the team and Trek. It gives me a lot of responsibility but, most of all, it increases my motivation.

“I think I’m at a crucial moment in my career. In my head there was the desire to invest all my energies in a longer-term project. To make the definitive leap in quality you have to align different needs, first of all environment and also technical solidity. I’ve never had doubts that continuing with Trek-Segafredo was the best option for my future.

“Today is the day of announcements and words. So, thanks again to the team, to Trek and all the sponsors, and Luca Guercilena for the trust. I look forward to repaying it soon and in my own way: with facts on the road.”