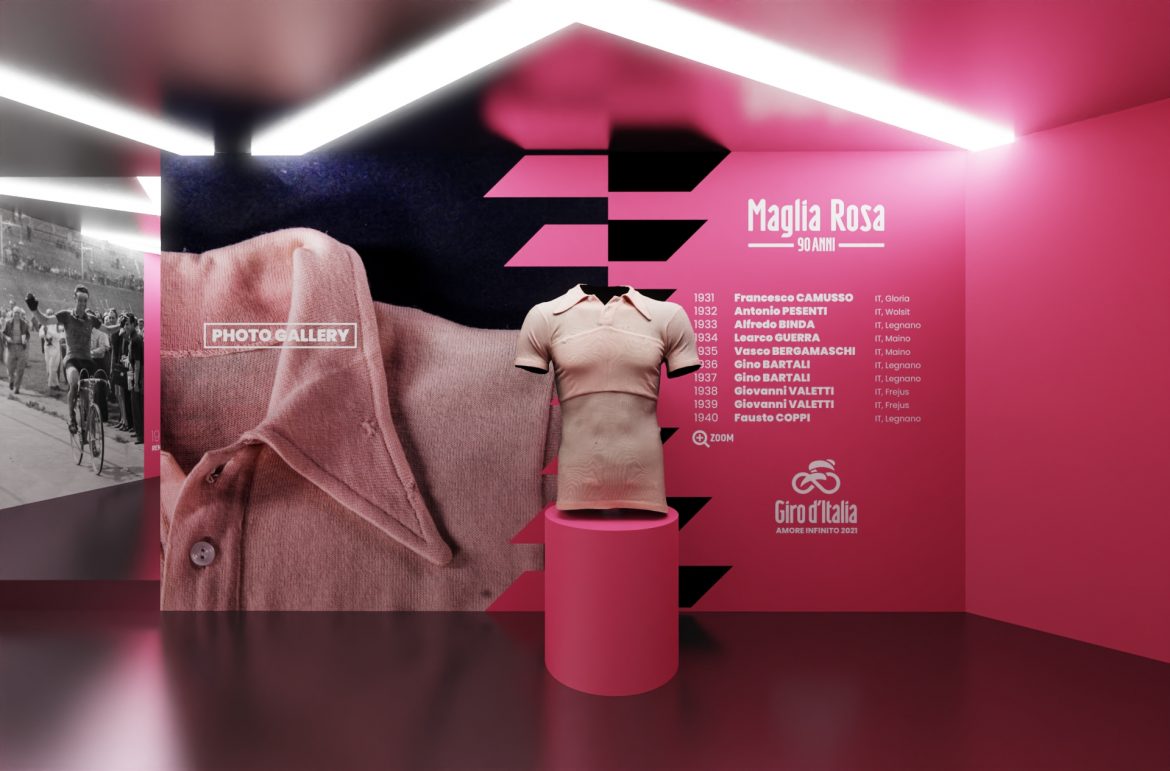 The Giro d’Italia is celebrating 90 years of the Maglia Rosa, which, since its birth, has already been worn by 254 riders. For the occasion, RCS has created a multimedia project, available from today, dedicated to the history of the Maglia Rosa, and will host an exclusive virtual exhibition in collaboration with the Madonna del Ghisallo Cycling Museum and the AcdB Museum.

Having already unveiled its 2021 route, the Giro d’Italia will now begin celebrations for its most famous icon: the Maglia Rosa, one of the world’s best-known sporting symbols, which, this year, turns 90. The birthday project RCS has developed for the occasion launches today, with two months to go until the start of the Giro d’Italia’s 104th edition, and it aims to involve all of those who are passionate about cycling and the Maglia Rosa.

It’s a digital project made up of images, unpublished videos and articles, as well as front pages of La Gazzetta dello Sport that feature the most exciting stories of Maglia Rosa winners over the past few decades – all available on the Giro’s social media channels. In addition to this, the Giro d’Italia has produced an exclusive virtual and interactive exhibition, designed in collaboration with the Madonna del Ghisallo Cycling Museum and the AcdB Museum, which will allow visitors to immerse themselves in the history of the Corsa Rosa. The exhibition will be available online for 9 weeks, up until the start of the Giro d’Italia, on 8 May.

Running alongside this will be ‘La Maglia Rosa dei 90 anni’ – one of a series of initiatives that aims to celebrate this special birthday together with the enormous digital community of the Giro. More than 3 million fans will be invited to vote for their most beloved Maglia Rosa. Voters will have a chance to pick their favourite rider among the hundreds of champions who have worn the famous jersey throughout the 9-decade-long competition, from Bartali to Coppi, from Merckx to Indurain, from Pantani to Nibali.

Introduced in 1931 by Armando Cougnet, sports journalist at La Gazzetta dello Sport (the newspaper that had conceived the Giro d’Italia over twenty years earlier), the Maglia Rosa was created to help identify the rider at the top of the General Classification, so that the public could easily spot him among the others. The first to wear it in that very year was Learco Guerra, a rider from Mantua, Italy.

The virtual exhibition can be accessed here: http://www.giroditalia.it/magliarosa