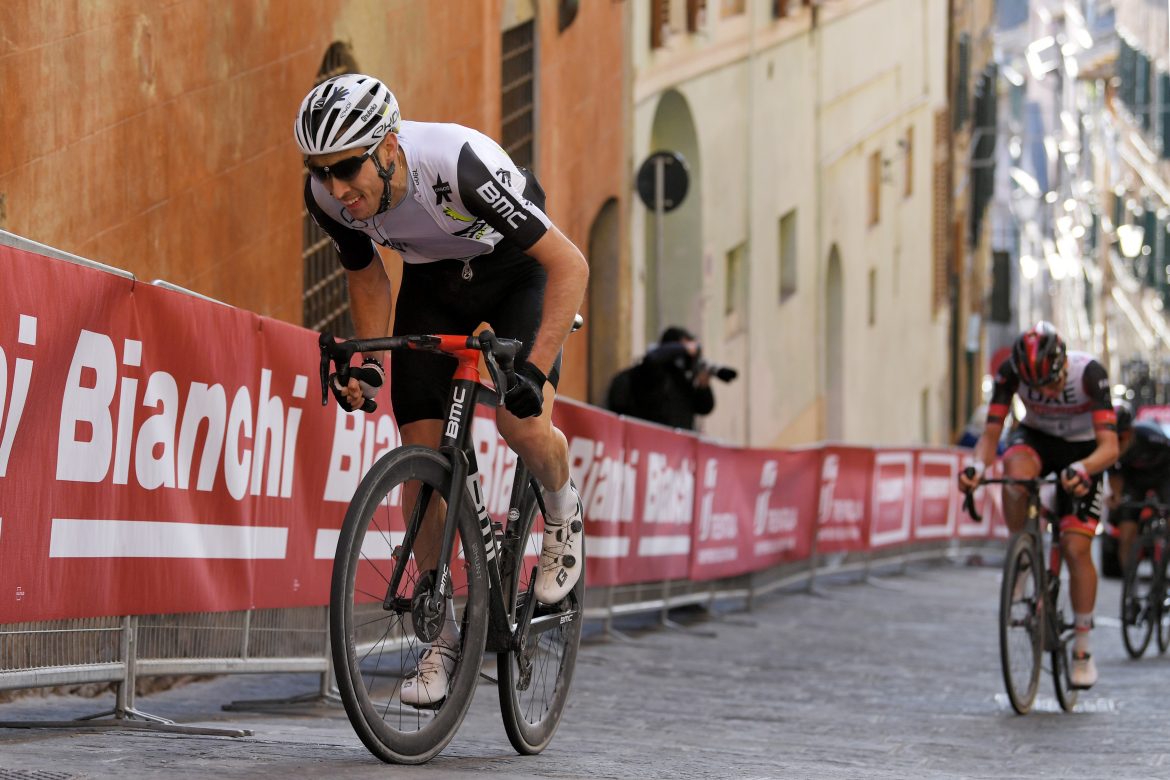 Team Qhubeka ASSOS lined up for the 184km Strade Bianche, which also included 63km of gravel roads, motivated and prepared for the challenge that lay ahead.

Michael Gogl and Simon Clarke, our two protected riders of the day, were well looked after by their youthful teammates: Robert Power, Emil Vinjebo, Mauro Schmid, Karel Vacek and Bert-Jan Lindeman in the early part of the race.

Schmid was on the ball, following one of the first real moves of the day, which came on sector 7. By policing that move, Gogl, Clarke and Power were able to sit in the wheels as the peloton hit the race defining sector 8 of Monte Santa Maria.

Sector 8 lived up to its reputation, as the race broke to pieces over the 11km of white gravel road. Gogl showed he was on top form, being able to follow the best riders in the world, like Van der Poel, Alaphilippe and Wout Van Aert (Jumbo-Visma).

There were a couple of attacks and counter attacks in the leading group, all of which Gogl was equal to, but the next significant split would come on the final gravel sector of the race. A powerful attack from Van der Poel saw the Dutch champion ride clear with Alaphilippe and Bernal in tow.

Gogl kept the pressure on in the chase together with Van Aert, Pidcock and Tadej Pogacar (UAE Emirates) but there was no catching the top 3 riders over the closing kilometers into Siena.

Van der Poel took a nice victory while Gogl was able to better his 9th place of last year, placing 6th at the line. Clarke was equally impressive, as one of the strongest riders in the main chase group and finished 8th with teammate and countryman Power making it a fantastic day for Team Qhubeka ASSOS by taking 12th place.

Emerging from the dust of Santa Maria, Gogl was part of the select lead group of 7 riders with Clarke and Power in the first chase group, roughly 25″ adrift and with less than 45km to go.