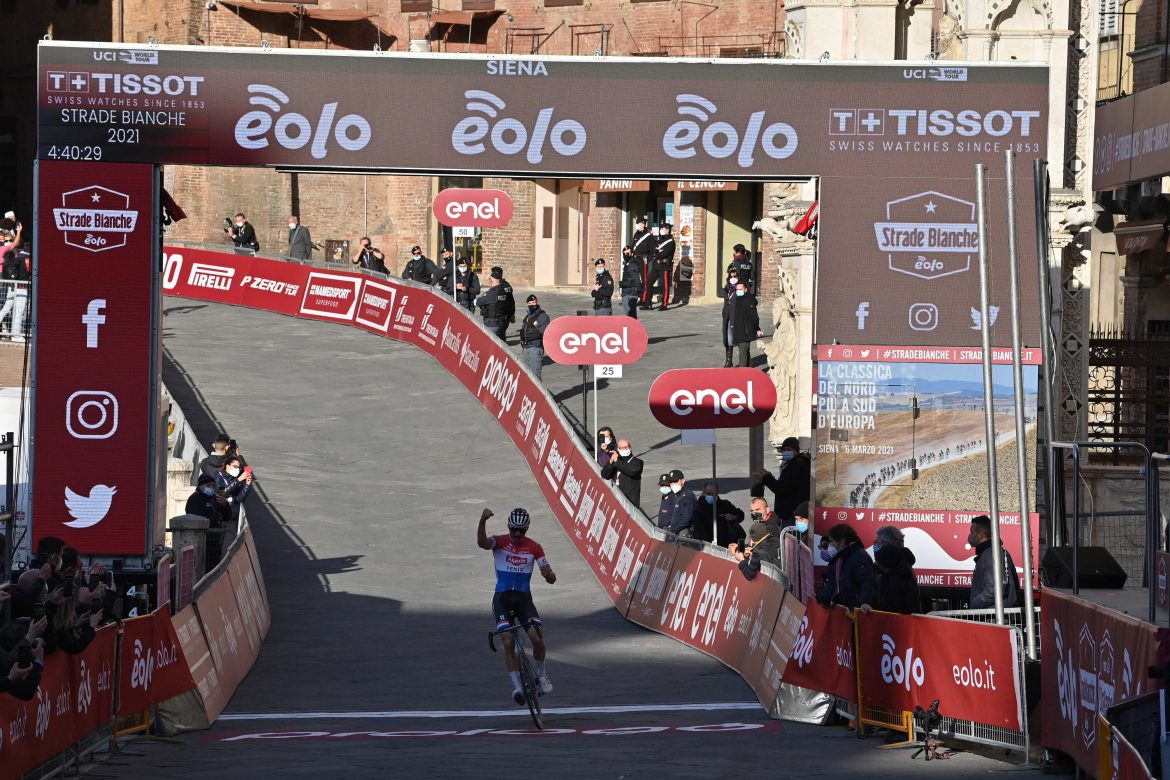 Speaking seconds after the finish, a victorious Mathieu van der Poel said: “Strade Bianche is one of the races I really wanted to win. It’s really cool to win it today. I felt pretty good so I launched an attack in the last gravelled section. Then we had a strong ride with Bernal and Alaphilippe. I had enough left in the legs to go solo in the last climb. It’s amazing to finish it off this way.”