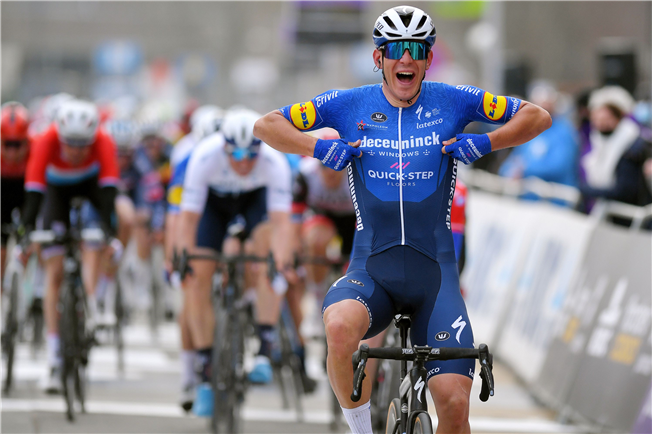 Davide Ballerini netted Deceuninck – Quick-Step’s fourth Omloop Het Nieuwsblad win after the race came down to a bunch sprint, something that had last happened more than a decade ago. This unusual scenario was possible due to the strong headwind and a strong effort of the entire Wolfpack, who flawlessly controlled the race in the last 15 kilometers, drilling the pace and preventing any late attacks that were still possible considering the sizable peloton.

“This is a dream! I can’t believe it, words aren’t enough to describe what his means for him and how I’m feeling after this victory. It’s my second time in Omloop, and to win it after crashing at my debut two years ago is some incredible”, an elated Ballerini said after just the fifth Italian in history to win the prestigious one-day race.