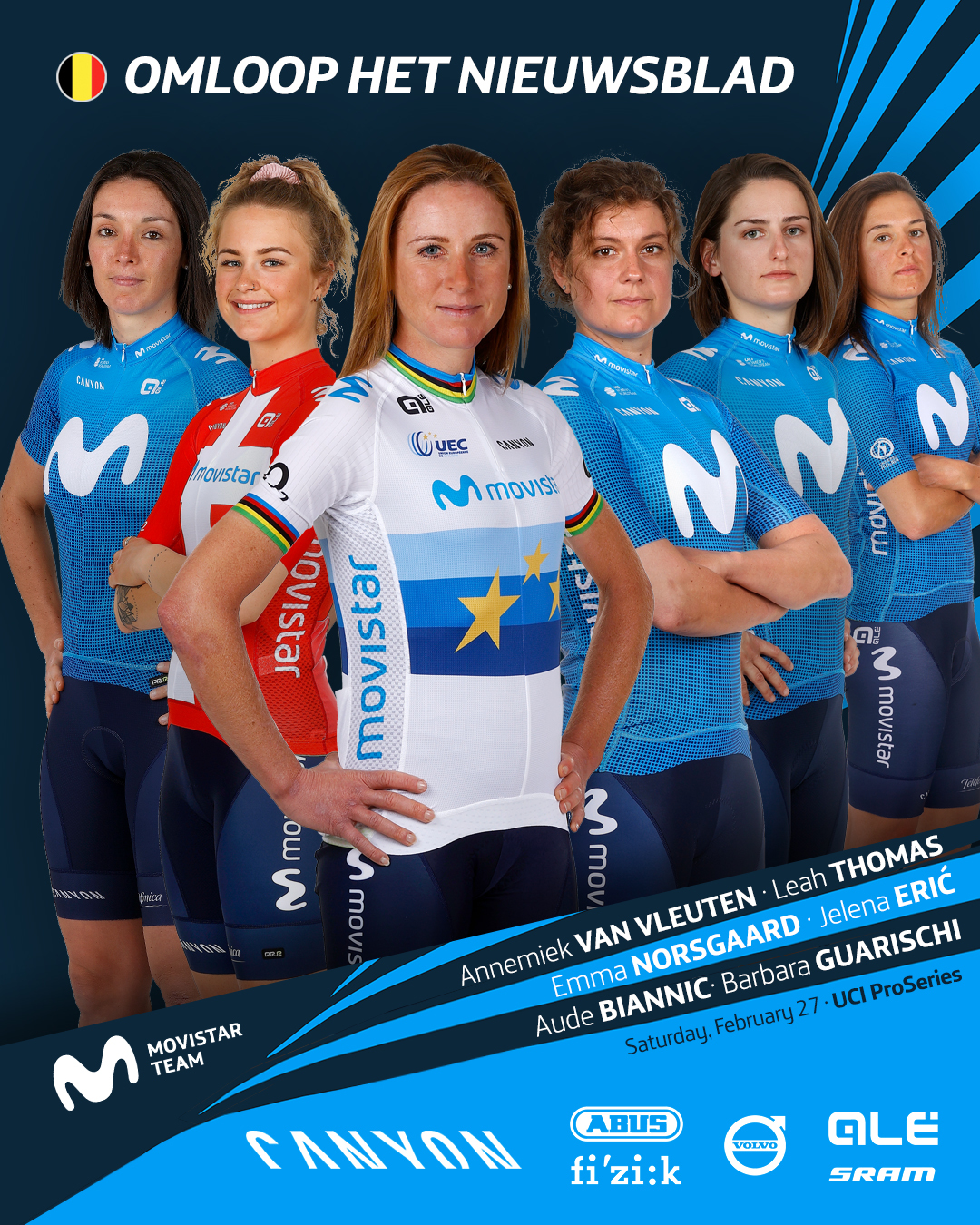 The women’s Movistar Team’s fourth season will start on Saturday 27th February with the 16th Omloop Het Nieuwsblad (UCI ProSeries) in Belgium. The opening cobbled classic features a 126km route from Ghent to Ninove with plenty of hills and ‘pavé’, including the brutal final climbs of the Kapelmuur and the Bosberg, formerly used by the Ronde van Vlaanderen.

Pablo Lastras will the sports director for the Telefónica-backed squad at the long-awaited debut of Annemiek van Vleuten, who will make her first appearance for Sebastián Unzué’s group as part of a six-woman lineup also including Aude Biannic, Jelena Erić, Barbara Guarischi and two other additions to the Blue roster: Leah Thomas and Emma Norsgaard.